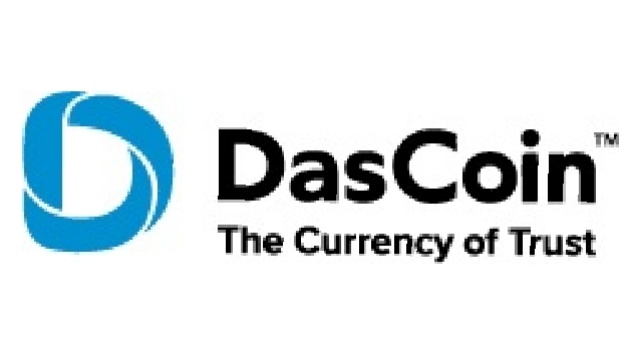 LONDON, UK - Media OutReach - May 31, 2018 - DasCoin, the Currency of Trust and the store of value within DasEcosystem, is now listed on Coinmarketcap.com, the leading site for tracking the price movements of cryptocurrency.

Coinmarketcap is used by crypto experts and new adopters alike and is ranked as the 44th most popular website in the US according to Amazon rankings.  DasCoin's Coinmarketcap listing gives the coin and its associated ecosystem, heightened credibility in the sector.

Michael Mathius, CEO of DasCoin said: "We're excited to be recognised by Coinmarketcap.com. This shows how much we've developed DasCoin and gives us enhanced visibility within the cryptocurrency space."

Coinmarketcap lists more than 1,600 cryptocurrency prices among other key statistics about the coins and tokens including:

More than 750 million DasCoin have already been minted since March 2017. Members of the NetLeaders community purchase licenses giving them access to a certain number of Cycles -- units of capacity -- on the blockchain. These Cycles can either be used for a variety of services or submitted to the DasCoin Minting Queue and converted into DasCoin. There will be a total volume of 8.589 billion DasCoin.