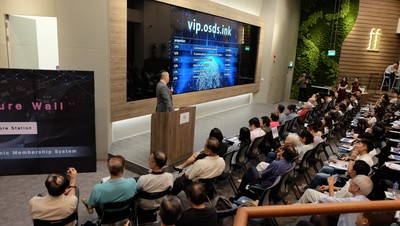 During the meetup, Victor KONG WL, CEO of OASIS Magic Box gave a speech on the theme of OASIS CREATION STORY, announcing the official start of the meetup.

He claimed, Oasis AI System has been endeavored to create a Global Social-Economic Ecosystem that support Impact Investing towards various organizations, aiming to generate a measurable positive impact alongside good financial return. Then, he illustrated the OASIS-BEBIT PLAN, which was divided into four phases. Both the first phase and the second phase have already been completed:

He also suggested that in the rest of the two phases, APP 3.0--the one-button trading system would be released, launching the world's first 'butterfly effect plan'; the OSDSIO public chain would also be released.

At the last part of the meetup, Ms Wang Yue, CMO of OASIS China, introduced the operation mode and the future value of OASIS. She said, in 2019, digital currency investment would be more rationale; rather than profitting from token transactions, investment return would come from actual value of the project. Oasis is one of the projects that carry enormous impact, thus, the future value of this token is worth looking forward to!

Oasis AI System creates a platform which offers innovative solutions to social challenges. For instance, this platform is able to identify and deliver new services that improve the quality of life of individuals and communities.

Modex: How Blockchain Can Solve the Fake News Problem