CHINA - 8 April 2019 - Chinese trade is forecasted to grow with an overall index of 56 despite the speed of growth slowing down, according to data from the DHL Global Trade Barometer released by DHL, the world's leading logistics company. 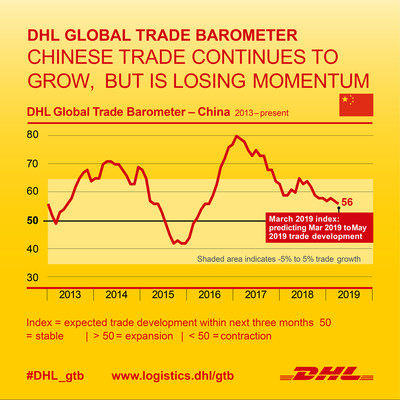 The DHL Global Trade Barometer, an early indicator of global trade developments calculated using Artificial Intelligence and Big Data, suggests that China's air imports of Machinery Parts, Chemicals & Products, and Temperature or Climate Controlled goods will be the biggest near-term contributor to trade growth. While air exports are expected to stagnate, ocean exports will grow for sectors like Machinery Parts, Industrial Raw Materials and Personal & Household Goods. Both air and ocean shipment volumes have decreased by 3 and 1 points respectively, but overall trade is still expected to remain stable with no decline for the next three months.

"Despite potential softening in some industries, Chinese trade continues to grow steadily as it pursues new trade opportunities along the Belt and Road, the most recent being the 29-deal memorandum of understanding signed with Italy worth US$2.8 billion,[1]" said Steve Huang, CEO, DHL Global Forwarding Greater China. "This latest development highlights that despite pessimistic economic and political rhetoric surrounding China's economy, the country's trade continues to maintain momentum as it improves connectivity, deepens the cooperation in logistics networks, and simplifies market access between Asia and Europe."

The Barometer's results also suggest that global trade growth looks set to slow down over the next three months, signaling only a slight growth. However, the top three nations with the highest indexes are all in Asia, namely India, Japan, and China. Indices for all seven countries that constitute the Global Trade Barometer index -- including the US, UK and Germany -- are above 50 points except for South Korea. In the Global Trade Barometer methodology, an index value above 50 indicates positive growth, while values below 50 indicate contraction.

Launched in January 2018, the DHL Global Trade Barometer is an innovative and unique early indicator for the current state and future development of global trade. It is based on large amounts of logistics data that are evaluated with the help of artificial intelligence. In order to make this valuable data accessible for academic research and to increase the macroeconomic significance of the indicator, DHL recently entered into research cooperation with Eswar S. Prasad, Professor of Trade Policy and Economics at Cornell University in Ithaca, NY, USA. The indicator is published four times a year and the next release date is scheduled for June 2019. 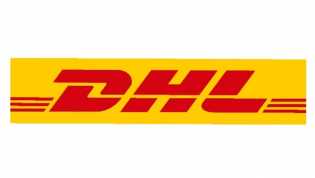 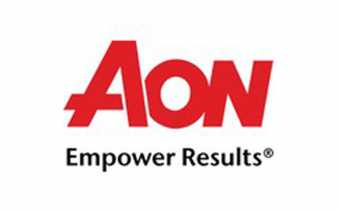 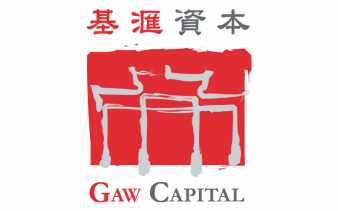 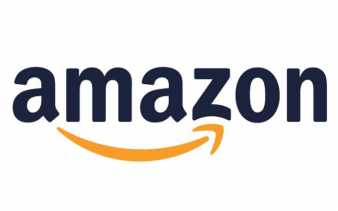 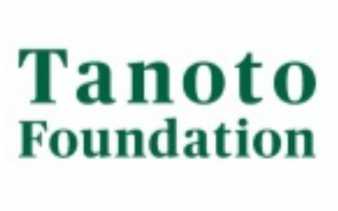