BRAZIL - 5 August 2022 - Bracell, a global leader in the production of dissolving pulp, has launched a ground breaking conservation commitment which will have a positive impact on the protection of native vegetation and biodiversity in Brazil. Bracell's 'One to One' commitment will see the company conserve and protect one hectare of native land for every hectare of plantation.

Bracell, which is part of the RGE group of companies, has committed to achieving this target by 2025. The company's ratio of conservation land to plantations is currently 0.56 and it has made an initial investment of R$12m (US$2.3m) to support its new commitment.

In addition to conserving existing native areas in Bracell's production areas, the commitment will also support conservation in public areas and the recovery of degraded areas through partnerships with governments and other institutions. It will also work to prevent and fight forest fires, deforestation and the theft of native wood, alongside the prevention of illegal hunting and capture of wild animals.

Marcio Nappo, Vice president of Sustainability and Corporate Communications, Bracell, said: "This is an unprecedented initiative because it expands our area of activity in the conservation of biodiversity beyond our areas of operation. We have adopted this commitment on a permanent basis, so if we increase the areas of our eucalyptus plantations after 2025, the total number of conserved areas will also be increased to maintain our focus on achieving the target".

Another central element in Bracell's strategy to protect biodiversity is the constitution of Private Natural Heritage Reserves (RPPNs). In these conservation areas of private domain, only scientific research, environmental education and tourist visitor activities are allowed.

Bracell has four RPPNs, which are areas with fully protected native vegetation, fauna and flora. Among these, the Lontra RPPN has been designated as an Advanced Biosphere Reserve of the Atlantic Forest by UNESCO and is home to hundreds of species of wild fauna and flora, many of them rare and/or threatened by extinction.

Several partnerships have already been signed to achieve the 'One-to-One' goal. Bracell has signed an agreement with the São Paulo Forest Foundation to sponsor protection efforts across 66,000 hectares of native forests, including relevant parts of the Atlantic Forest and Cerrado Paulista areas.

The company has also signed a cooperation agreement with the Bahia Secretariat for the Environment (Sema) to carry out joint actions aimed at protecting biodiversity in Atlantic Forest Conservation Units (UCs) in the state, such as the Subaé Canyons and the Subaúma river basin.

The goal is to work in partnerships that contribute to the conservation and maintenance of UCs and safeguard the natural heritage, and protect rare and endangered species of fauna and flora, and water resources, guaranteed by forest formations.

The company also signed a partnership with the SOS Atlantic Forest Foundation through which it will support actions to promote the restoration of the Atlantic Forest in Permanent Preservation Areas (APP) and Legal Reserve areas, contributing to the formation of ecological corridors, the connection of remaining fragments of forest areas and the preservation of water resources.

"All these signed actions and partnerships are among the first steps we are taking towards our goal. The company will review this commitment and its results annually, which will be verified by an independent audit and reported publicly," said Nappo.

"Our 'One-to One' commitment is an important milestone in our sustainability strategy and is fully aligned with our company values. Our operations are guided by our philosophy that everything we do must be good for the country, the climate, communities and customers, and only then will it be good for our company", he added.

About Bracell:
Bracell is a global leader in the production of dissolving pulp and specialty cellulose with two main operations in Brazil in Camaçari, Bahia and in Lençóis Paulista, São Paulo. In addition to its operations in Brazil, Bracell has a management office in Singapore and sales offices in Asia, Europe and the U.S.

About RGE:
Headquartered in Singapore, RGE is a group of resource-based manufacturing companies with global operations. We produce sustainable natural fibres, edible oils, green packaging and clean natural gas used to create products that feed, clothe and energise the world. We help improve billions of peoples' lives through sustainable products they use every day. With more than US$25 billion in assets and 60,000 staff, we are creating a more recyclable, biodegradable and lower carbon future. Committed to sustainable development, conservation and community development, we strive towards what is good for the community, good for the country, good for the climate, good for the customer, and good for the company. With current operations spanning across Indonesia, China, Brazil, Spain and Canada, we continue to expand and engage new markets. 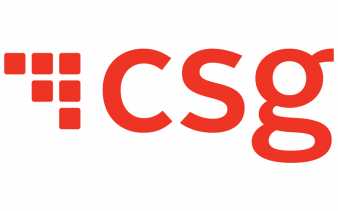 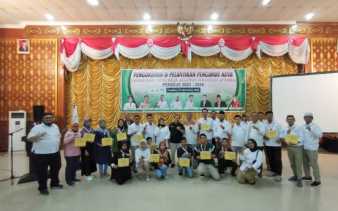 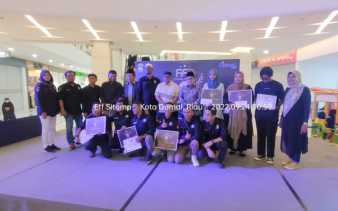