JAKARTA - 18 June 2021 - In its seventh year, Restorasi Ekosistem Riau (RER), the largest peatland restoration and conservation program in Sumatra, has shown significant progress in protecting a fragile peat swamp forest ecosystem that is home to a range of globally threatened flora and fauna.

The progress that has been achieved in restoring Sumatra's largest intact peat swamp forest is detailed in the RER 2020 Progress Report. The Report was published to coincide with World Environment Day, which was focused on 'ecosystem restoration' as its global theme.

RER is an ecosystem restoration program initiated by pulp and paper producer APRIL Group, a member of the RGE Group of companies. Founded by Sukanto Tanoto, RGE manages a group of resource-based manufacturing companies with global operations.

Since 2013, the RER program has been committed to protecting and restoring 150,693ha of peat swamp forest - an area about the size of greater London - in five concession areas spread across two landscapes in eastern Sumatra. The program also focuses on maintaining carbon stocks and conserving biodiversity in the designated areas.

"In conjunction with World Environment Day, we incorporated five key achievements into our RER 2020 Progress Report, the increase of biodiversity inventory, successful efforts to protect the restoration forests from fire for seven consecutive years, the research initiatives on biodiversity, and the support for the rescue of Sumatran Tiger named Corina," Nyoman Iswarayoga, RER's External Affairs Director, said Friday (4/6/2021).

As of 2020, RER has identified 823 plant and animal species in the restoration areas, an additional 26 species compared to the previous year. The list includes 76 species of mammals, 308 species of birds, 192 species of trees, 89 species of fish, 101 species of amphibians and reptiles, as well as 57 species of Odonata on the Kampar Peninsula and Padang Island.

Of these, 66 species are listed on the IUCN Red List as vulnerable (39), endangered (10), or critically endangered (17). There are also 115 species included in the CITES list and 99 species listed by the Government of Indonesia as protected.

The RER teams were also involved in the Indonesian Ministry of Environment and Forestry's project to release a Sumatran Tiger named Corina. She was found snared in a community plantation area on the Kampar Peninsula near one of the RER concessions early last year.

The RER restoration area was chosen as the site for Corina's release back into the wild after in-depth surveys and studies on forest conditions, the presence of prey species, active protection of the area, and the potential for interaction between humans and Corina, which was deemed low.

Other studies that further confirmed the importance of RER as a conservation area were the migratory raptor monitoring, which recorded 302 bird sightings, and the Asian Waterbird Census (AWC), which identified 440 birds from 8 different species during a one-day survey.

In the last seven years, RER also recorded zero fires in its area on the Kampar Peninsula due to the continued strong commitment to restoration efforts, forest protection, and direct community involvement.

Sihol Aritonang, President Director, PT Riau Andalan Pulp and Paper (PT. RAPP), the operating arm of APRIL Group, said that the progress achieved by the RER program would not be possible without the adoption of APRIL's production-protection approach, where sustainable fiber plantations protect and fund the restoration of peat swamp forest ecosystems in its interior. He also highlighted the importance of the company's APRIL2030 strategy, which includes significant commitments to conservation and wildlife protection.

The APRIL2030 strategy aims to deliver a positive impact on nature, climate and the environment, while at the same time advancing sustainable growth.

APRIL also completed the construction of the Eco-Research Camp after four years of planning. The Eco-Research Camp will serve as a tropical peatland science hub for national and international scientists, as well as academics and stakeholders who want to experience ecosystem restoration first-hand.

"RER not only supports ecosystem restoration and biodiversity in Indonesia but also supports the government's efforts to control climate change by reducing carbon emissions," said Sihol.

RER is a tangible manifestation of the company's commitment to the implementation of the Sustainable Development Goals (SDGs), especially Goals 15: Life on Land and 13: Climate Action.

About APRIL:
APRIL Group is a leading fiber, pulp, and paper producer located in Riau, Indonesia. We are committed to sustainable business and landscape management in the areas where we operate. We implement a 1-for-1 goal. It is a commitment to plant one hectare of conservation and restoration area for every 1 hectare of plantation forest that we manage. This commitment has protected approximately 370,000 hectares of forest, including Indonesia's largest peatland restoration program, Restorasi Ekosistem Riau (RER). 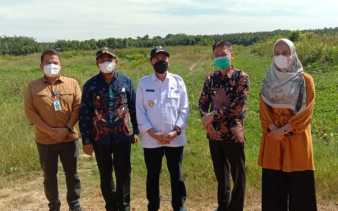 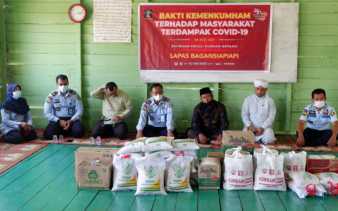 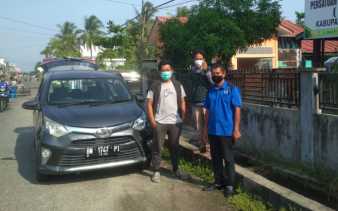